I held one of the cluster toolkits for teachers this afternoon.
Our focus was using TinkerCad for 3D printing.

Here is the presentation I prepared with the resources in it.

We were learning basic skills and drawing a name tag on Tinkercad, and as I knew we would not have time to print these in the session, I made everyone a take away present.
I printed them in 3 different colours so they could choose :D 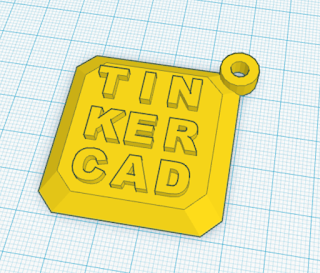 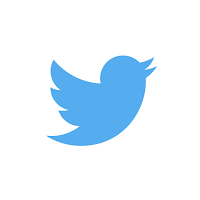 Here are some basics for when you first start using Twitter ... 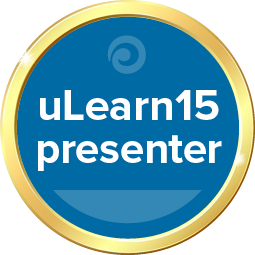 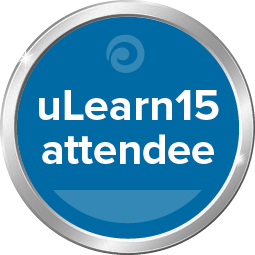 Email ThisBlogThis!Share to TwitterShare to FacebookShare to Pinterest
Labels: uLearn15

It is day 3 of uLearn15 and it is time for my fellow Manaiakalani Innovative Teachers and I to present our years' research work. 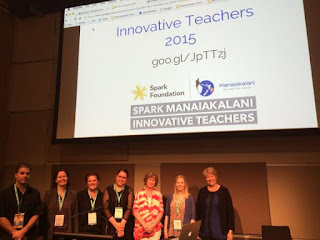 Thanks to +Fiona Grant for the picture

Here is the link to the whole presentation where you can see the work of my fellow MIT15 colleagues.
Find out more about the Manaiakalani Innovative Teacher programme here.

It's day two of uLearn15 and I had two interesting breakouts lined up for my day.

First up this morning was :-
Making 3D printing a reality in the classroom
This was run by Tim from Mindkits.co.nz

We got to see lots of different ideas and project possibilities.
If you have a 3D printer in your school, then get onto this website http://enablingthefuture.org/

Here are my notes from this session.

My big take away from this session was that if you don't get your planning, practices and pedagogy right, then you can have all the fancy furniture that you like. If you don't get it all together, you will just end up going back to victorian teaching methods in 21st century class rooms and furniture.

Also, this rule of 3 was interesting, but only really if you are building new or doing some serious renovating ... hammer anyone??
Rule of three
never more than 3 walls
3 types of seating
3 points of focus
3 acoustic zones 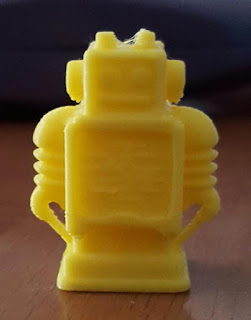 After an early start on the bus, I got to town in Auckland for the start of uLearn15.
It started off today with a Keynote from Mr Grant Lichtman, where I saw his point with some things and disagreed with others. It would be boring if you agreed with everything some one said!

This was a breakdown of where NZQa are heading in the next couple of years with their plans for online moderation of internal standards and how they will support teachers more with this.
Notes from this breakout here.

Next, I was having fun in the "Maker Space Playground" room.

Perler beads are great fun and they take a lot of patience to get a decent looking design put together.
I had a little go at an initial .... 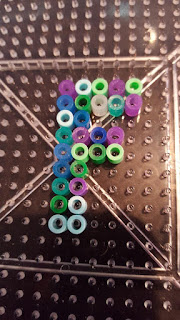 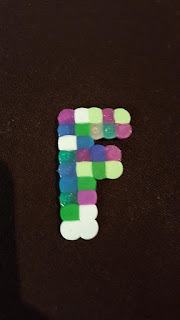 Next, I had a play with a 3D doodler from 3D Systems. Link here.
On the table where I was, 1 boy was just finishing off a pair of hand drawn doodled play sun glasses and another boy was busy making the parts for a model bicycle. Lots of free form possibilities....

Where I spent the most time in this breakout was on the mBot table.
Here is my little bot that I put together ... 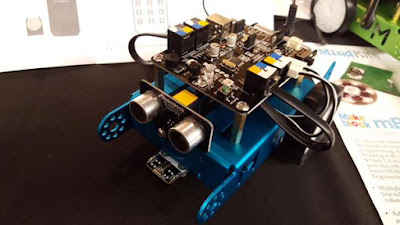 The gentlemen from MakeBloc were then demonstrating how to move the mBots with the computer with commands and showing that they can follow a line.
I wonder if the boss will let me have one of these next year??? ( :D )

After a lovely lunch and some fresh air outside, this afternoons breakout was,
Drawing Thinking with Chrissie Butler - her resources are here.
I found what she said about drawing your own images to illustrate what you are trying to say rather than just finding them on the net, really rung true with me. I sometimes spend more time looking for appropriate images than I do preparing the rest of the content. This way, you can make them a lot more appropriate to what you are saying.

After doing a "warm up" series of quick sketches on paper, we mainly used iPad apps :-
Paper 53 and Tayasui Sketches.
The big thing was to keep it simple and not be held up with quality of drawing skills.

First of all, she talked about "Content Creation", and the exercise we had to do was draw images from a list of words that she gave us. As quick as we could.

Next, was to think about Visualising Thinking in a series of steps that could be animated if you wished.
Taking screen shots, or saving individual stages out as images resulted in something that was simple but could illustrate what you were trying to say in a series of steps. These steps can then be scrolled through on a presentation or made into an animation that runs itself or even into an animated gif with any online app.
The next step was a more personal reason to draw your thinking. This one was about using sketches for reflection for yourself.
She gave us the task of quickly sketching what worried us most at the moment, so with it being this time of year, mine is about getting the NCEA work completed in time for posting... 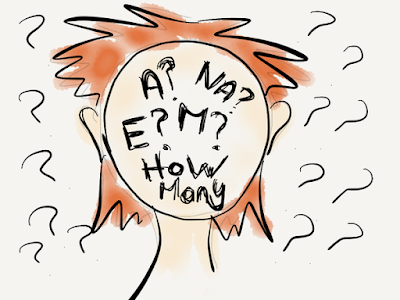 I used Paper 53 to draw my sketches and I found it a really good medium to use. Even when the drawings are messy and lacking detail, the app gives them a certain "style" which is quite appealing.
I will definitely be drawing more of my own illustrations from now on. 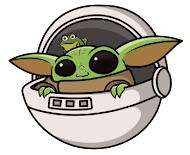